Your hotel on the foot of the Zugspitze

The Tyrolean side of the Zugspitze is known for its sunny location - so you will find the picturesque village of Ehrwald at the foot of the Zugspitze massif. Our Hotel Alpen Residence is located almost in the centre. Our 4-star hotel convinces with balanced quality and service. All our rooms and suites offer a direct view of the mountains of Tyrol or Bavaria. So you can already have a first look at the Zugspitze, the Sonnenspitz or the Daniel when you arrive. A special natural spectacle occurs every day as soon as the sun sets. The light of the sun bathes the west face of the Zugspitze massif in a romantic light, which you can enjoy directly from the hotel.

Autumn is a special month in the mountains - also in the Tyrolean Zugspitz Arena and in the holiday region of Garmisch-Partenkirchen. The buzzword is "golden autumn" - the sun has a special influence on the flora and fauna. On the one hand, the leaves on the trees change colour and on the other hand, you think you can grasp the mountains with your hand. The clear air makes the mountains seem even closer.

Did you know about the Zugspitze?

Germany's highest mountain, the Zugspitze, at 2962m, is a true paradise for hikers and nature lovers. In addition to the two cable cars to the Zugspitze (Tyrolean Zugspitzbahn and Bavarian Zugspitzbahn), climbing and hiking to the summit is a true highlight for all mountain sports enthusiasts. In addition to numerous routes and variations, the mountain simply always offers impressive panoramic views - be it over the mountains of Tyrol from Ehrwald or over the Bavarian hill country via Garmisch-Partenkirchen to Munich. A hike could hardly be more impressive. This also makes the almost 2000 metres of altitude easy to bear.

Facts about the Zugspitze: Altitude: 2962m

Location: between Tyrol and Bavaria - Grainau and Ehrwald

Access: By train from Grainau or Ehrwald, on foot 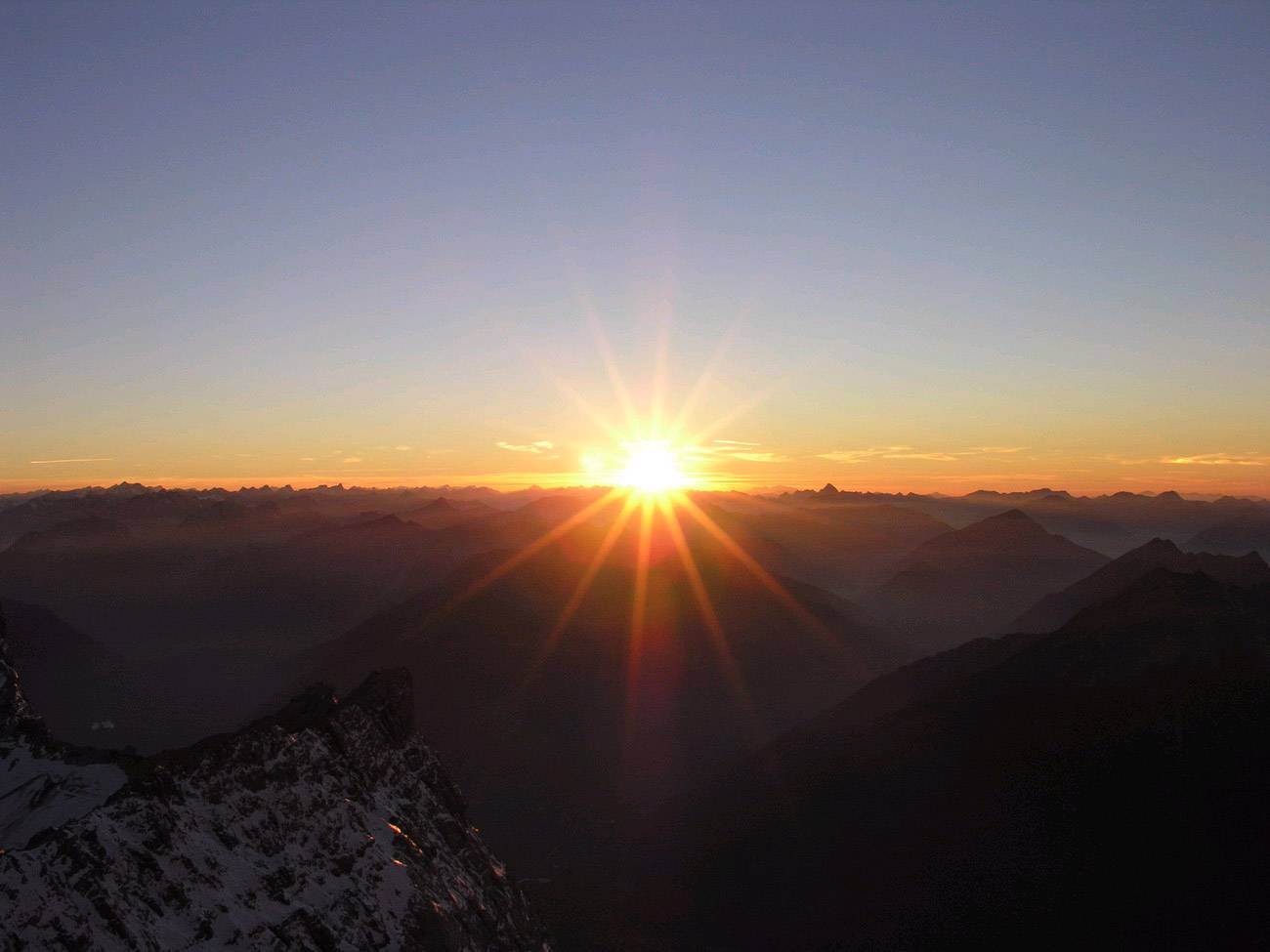 History of the Zugspitze

from the past to now

The Zugspitze consists of sediments from the Mesozoic period. Over millions of years, the sediment formed into shell limestone or Wetterstein limestone, which is the main component of the Zugspitze massif today. It can be assumed that the Zugspitze was a 3000-metre peak - larger deposits of a quarry stone made of this material have been found towards Garmisch-Partenkirchen and around the Eibsee lake.

The first records in official documents and treaties date back to the 14th century, which then intensified in the 15th century. In 1536, a boundary treaty was drawn up where "over the Schaarten" is still spoken of. It was not until the 17th century that "Zugspüz" was added. In earlier times, the name "Schaarte" was more common for the Zugspitze than "Zugsüz".The Zugspitze was only mentioned correctly by name in 1590 in order to demarcate the borders of the county of Werdenfalls from Tyrol.

It was not until 1851 that the Zugspitze was given a summit cross by Pastor Christoph Ott, who was also a meteorological observer. From 11 to 13 August 1851, he organised an expedition to the summit to "grace the head of the first Bavarian prince".

A highlight in the history of the Zugspitze is certainly the opening of the first Tyrolean Zugspitzbahn in July 1926. After only 14 months of construction, the first Zugspitzbahn and the Klammhotel were opened. Four years later, the Bavarian Zugspitzbahn was opened. Since 1949 there has been a ski area on the Zugspitze, which is operated by the Bavarian company. Thus, the holiday region of Ehrwald, Lermoos, Garmisch-Partnenkirchen, Grainau offers skiing pleasure at the highest level almost all year round.

Events on and round the Zugspitze

Exciting events and activities take place almost weekly in Garmisch-Partnenkirchen, Grainau and Ehrwald. The highlights are: